Comments (3)
If you have been following tech news lately, you may have noticed that the next major release of iPad and iPhone operating system is about to be launched this fall. This update removes another big obstacle for true mobile Edicy experience — ability to upload photos to your site.
We're pretty excited about this. Support for file uploads in Edicy on iOS devices has been missing so far and that bugged several of our users. I have now tried it in beta version and it feels awesome. Uploading files should be nothing new but being able to do it from iPad just makes me smile. 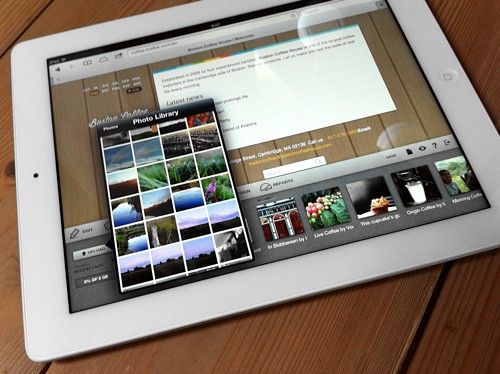 We make sure that file uploading works great in Edicy once the next version of iOS 6 is being released. It would be nice if you could build your website even on the go.
It's great to see improvements in Edicy even without us doing much. At the end of last year, text editing was made possible with the fifth release of iOS operating system so our users were able to edit sites on their mobile devices. Since then, we have add several improvements in Edicy's user interface to make it work better with touch screens.